We're delighted to announce that seven older artists in the early stages of a new career will be taking part in our paid online residency later this month.

Space/Time, in partnership with Luminate, will be held online between 31st May and 4th June. It provides the chance for these artists to explore how creativity can be nourished and how they can challenge themselves.

The sessions will be facilitated by Magnetic North's Director, Nicholas Bone, and Creative Director of Red Bridge Arts, Alice McGrath. The residency artists are:

I’m a writer and artist living in North East Scotland. My first career was as a primary school teacher, where I particularly enjoyed teaching creative writing, art, and natural history.

Unfortunately I developed a rare, neurological condition of the spine and had to retire. After the onset of my disability I realised that there was an opportunity to develop my love of the creative arts.

Lockdown has been beneficial for me. Online platforms have opened up opportunities to attend events and workshops that I’d rarely be able to join in person. These have provided great sources of inspiration for writing and incentive to submit work.

I’ve exhibited paintings and prints in a number of venues and I’m currently writing more than painting. My publications include a short story in the 2020 Scottish Book Trust book Future and Wildfire Words Renaming 2020.

I have been performing professionally for 33 years, across the fields of Circus, Dance, Improvisation and Contemporary Performance. I’ve performed both solo and with companies in the British Isles and Australia as a Contemporary Clown, Physical Theatre Actor, Dancer, Aerialist and Juggler variously in Arts Festivals, Street Festivals, Theatres, Big Top Circus and commercial entertainment.

Since the mid 90’s I have done in-depth research, training and performance in Dance, Improvisation and Contemporary Performance. I have been an ongoing lead performer in the Dance Theatre works of Angus Balbernie and a featured performer in Janis Claxton Dance, Human Zoo series. This developed into the role of Dramaturg with Janis Claxton Dance, as well as Performance Coach and Rehearsal Director for POP Up duets. This led me, along with the wealth of experience in various body and performative techniques, to pursue an MA in Directing Circus and Performance.

I am currently researching and developing work around Grief and Living in Present Absence, in particular exploring embodied absence and disembodied presence.

I am a Scottish-based Composer and sound artist.  This is my second career, having worked in the Scottish Government and City of Edinburgh Council in my main career.

After I retired a little early, I decided to go to Edinburgh College as a mature student, to study music, eventually progressing to a Degree in Music Performance (Composition) composing contemporary classical music and electroacoustic music.  From there I went on to study a Masters degree in Digital Composition and Performance at Edinburgh University.  It is certainly never too late to learn!

As a composer and sound artist, I am very interested in acousmatic experimental music and classical art music, and in bringing this to audiences in new and interesting ways.  In particular, I am inspired by the growing area of ecology and music and by the sounds of the natural environment, which I often use in my work.

I was one of five Scottish Composers chosen to compose new works, during lockdown, for the Sound Festival last year.

I went to Art School in the 1970s and then pursued a career as an academic. Early retirement gave me the opportunity to return to creativity. Between 2011 and 2016 I attended Edinburgh College of Art and Leith School of Art specialising in painting. I currently work out of a studio at St Margaret’s Edinburgh.

I am inspired by the familiar and, living by the sea, much of my work is about water and objects that I find on the beach.

Since Covid and lockdown times I am increasingly drawn to small, fragile, incidental objects which often are containers of more enduring, fundamental concerns.

Drawing is the way in which I research and collect material. Typically, I start with making detailed observational studies and then in the studio move into a more abstract interpretation, focusing as much on my emotional and instinctual responses as on the object itself.

I work almost exclusively with homemade gesso, size (a traditional form of glue), and pure pigment exploring how far such materials can be taken and their application on different surfaces.

I am a writer, comedian and actor. I came to the creative world in my late forties as an actress, stand-up comedian and writer after a successful career in pharmacy. I have written stand up shows as well as short plays. Recently I was asked to write opinion pieces for the Scotsman and The Sunday Times Scotland.

Radio Scotland have me on speed dial and Radio Manchester, Ulster as well as 5 Live have asked me to give my opinion on a variety of topics such as ageism, online dating as well as Black Lives Matter.

I have been doing stand-up comedy, with an observational storytelling style, since 2013 and have gigged all over the UK as well as the USA.

After getting initial funding from Stellar Quines to research and develop a new short play Bella and Max, I was successful in obtaining further funding from Edinburgh City Council to keep the process going. This year I have started a podcast, Just being human - a philosophical approach to life.

For years I have been on many creative adventures including being a mother, actor, journalist, TV researcher and presenter, screenwriter, museum consultant, arts organiser and special needs arts and drama tutor. Now, after many decades, I am joyfully re-emerging as a writer, performer and storyteller.

I am fascinated by stories of human and other life. I look for the absurd, the sad, mythical and magic, seeking out stillness as much as movement. I love dressing up and anything historical.

My play Miss Lindsay’s Secret was hidden away by Lockdown after only three performances. In Summer 2020, I made a short film Miss Lindsay's Love in Lockdown, shot in the story’s true locations in Glenesk, Angus. I am keen to get Miss Lindsay on her feet again as soon as possible.

I am delighted to be co-writer and performer with Jo Clifford on a new play, Not So Ugly Duckling, currently in development. I am also co-writing my first radio play Tea with Tutankhamun. I always wanted to be a child actor. I am hoping there is still time for that.

I was involved in the arts when I was at school in Northern Ireland.  I came to Scotland to study at the University of Aberdeen in 1972, and have lived in the city ever since.  After university I was lured into the nascent Scottish oil industry where I worked for 40 years.  During this time I continued to write, including for my two children, and increasingly in collaboration with them.  In 1998 I returned to university part-time to complete a Master Degree in Technology and Management, graduating in 2001.

During my working career I often had ideas for novels, plays and TV shows but I had little direct engagement in artistic practice.  I occasionally also wrote a poem or two.  In 2018, now retired,  I participated with my daughter, Geraldine Heaney, in an Artists and their families workshop at Tate Britain, led by Joshua Sofaer.

My work includes writing, photography, and artificial image-making from existing digital photographs.  I have plans for a new collaboration with my daughter inspired by a copy of Lessness by Samuel Beckett, which I bought in Aberdeen’s Oxfam bookshop a few years ago; it was a first edition, an ex-library book from Banff, never borrowed and then withdrawn and sold.  I want to create a piece that takes it back to Banff library. 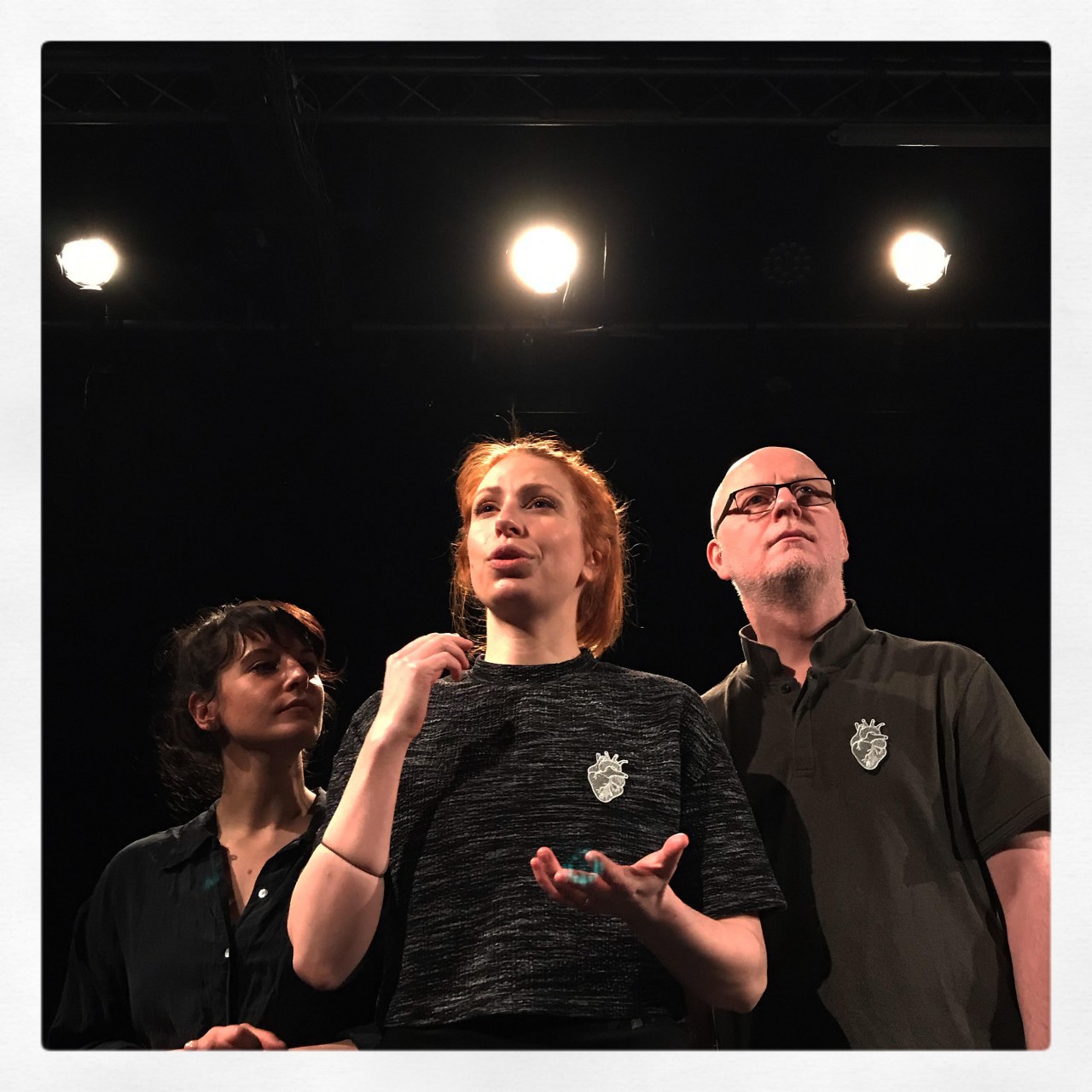