A Walk at the Edge of the World

A Walk at the Edge of the World is an award-winning production inspired by the act of walking, made by the same creative team as Walden

A man invites the audience to come on a walk with him, when they reach their destination he begins to talk about some of the walks he has been on. But as he talks, it becomes clear that the past is always with us, no matter how much we might think otherwise.

A Walk at the Edge of the World explores memory and the state of mind created by walking. It toured in Scotland and the north of England during June-September 2014 and played at the Scottish National Gallery of Modern Art in Edinburgh as part of the Edinburgh Festival Fringe. It was the Bronze winner of the Scottish Arts Club/Edinburghguide.com Flying Artichoke awards for best Scottish Work at the Fringe.

Playtext available: A Walk at the Edge of the World is available as a paperback, illustrated with some of the projected images used in the production. Buy direct from Magnetic North for £5 inc. UK p&p. 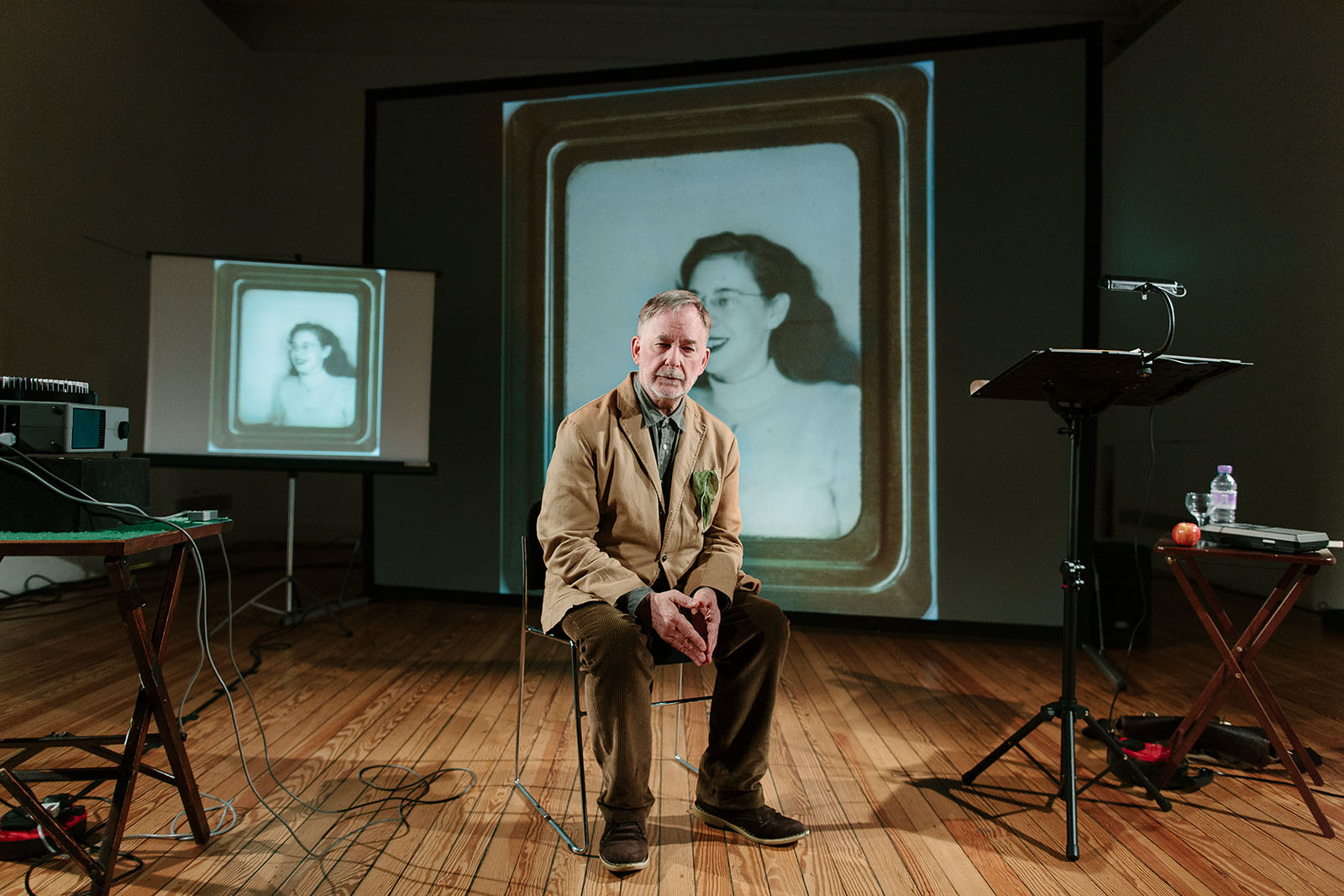 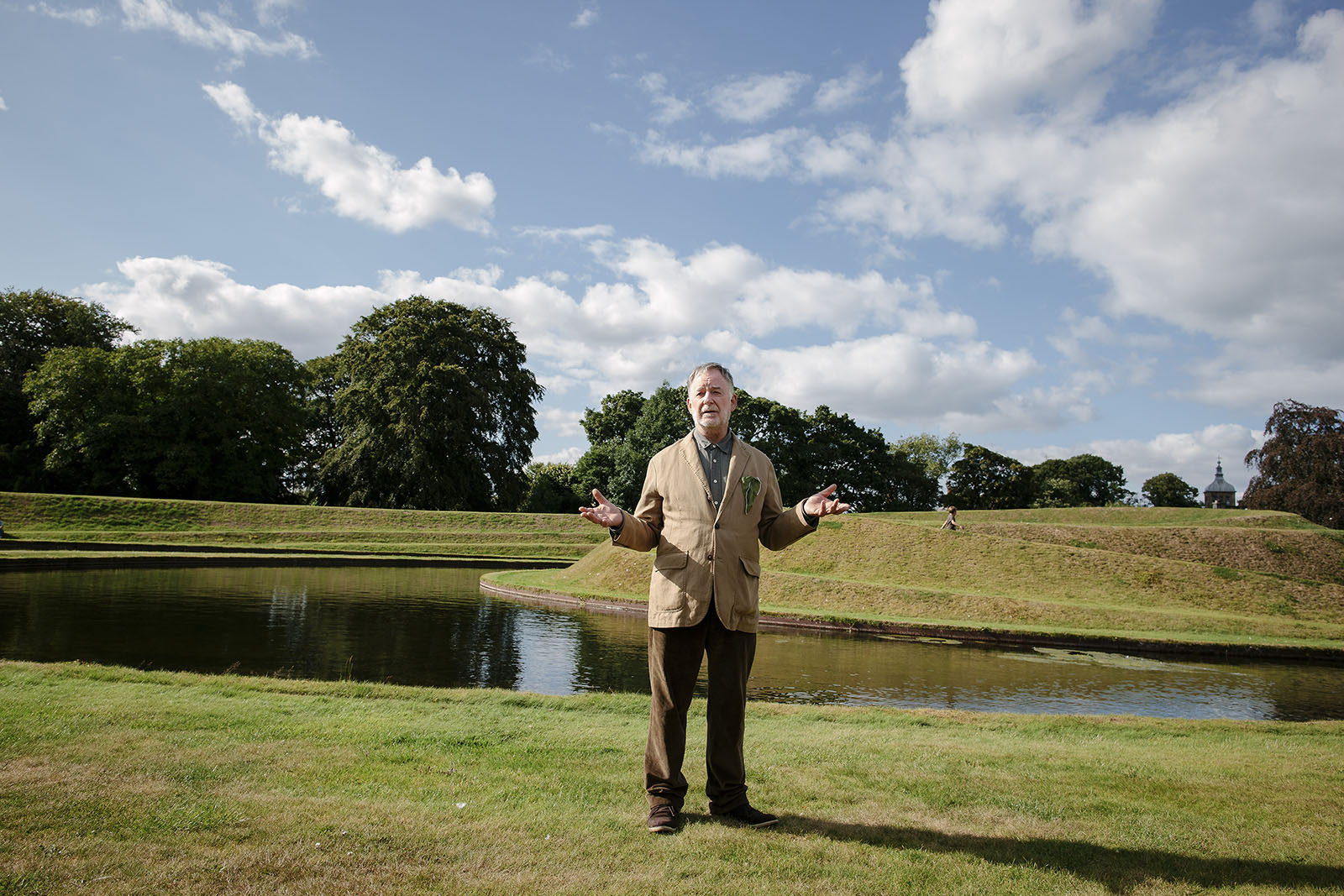 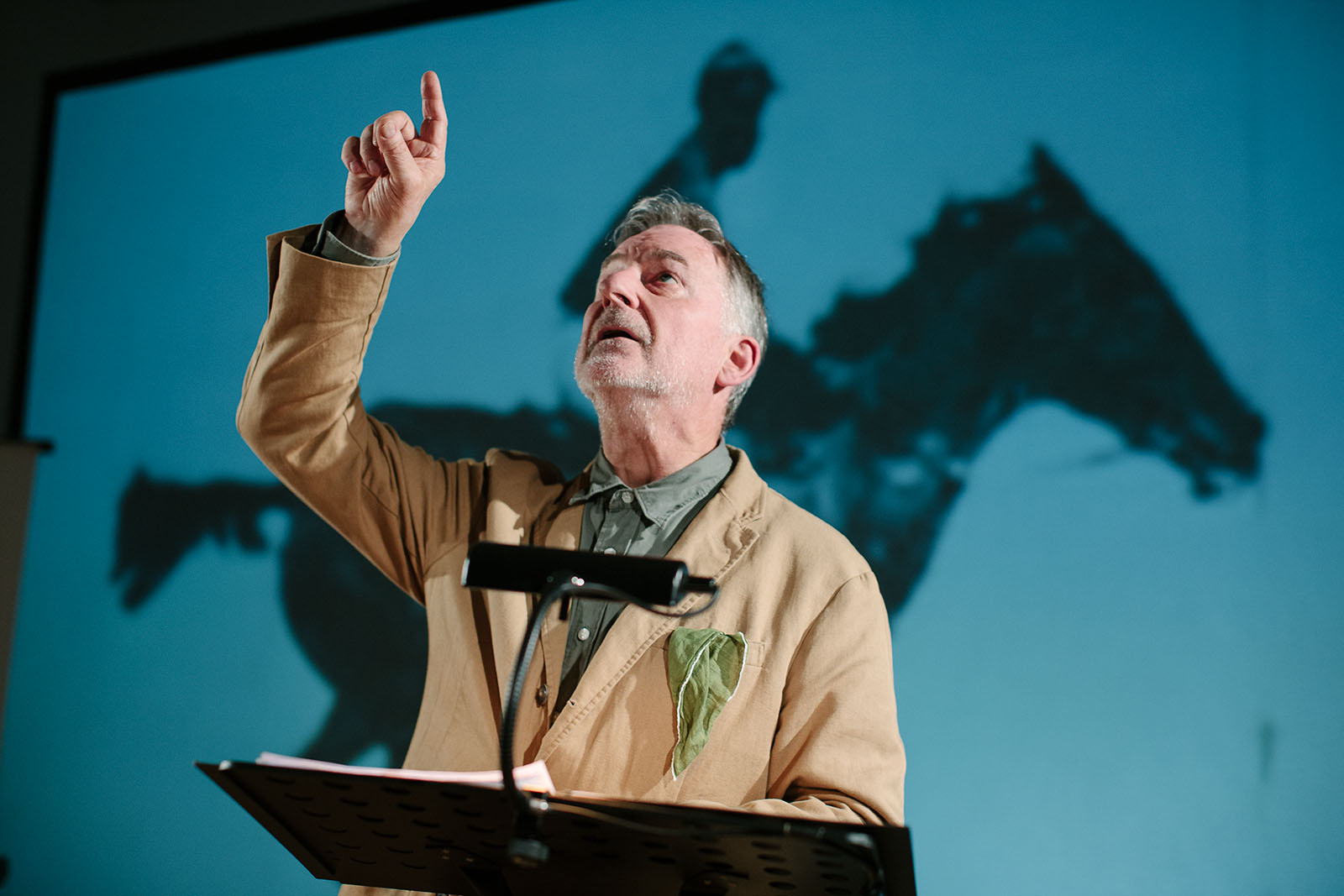 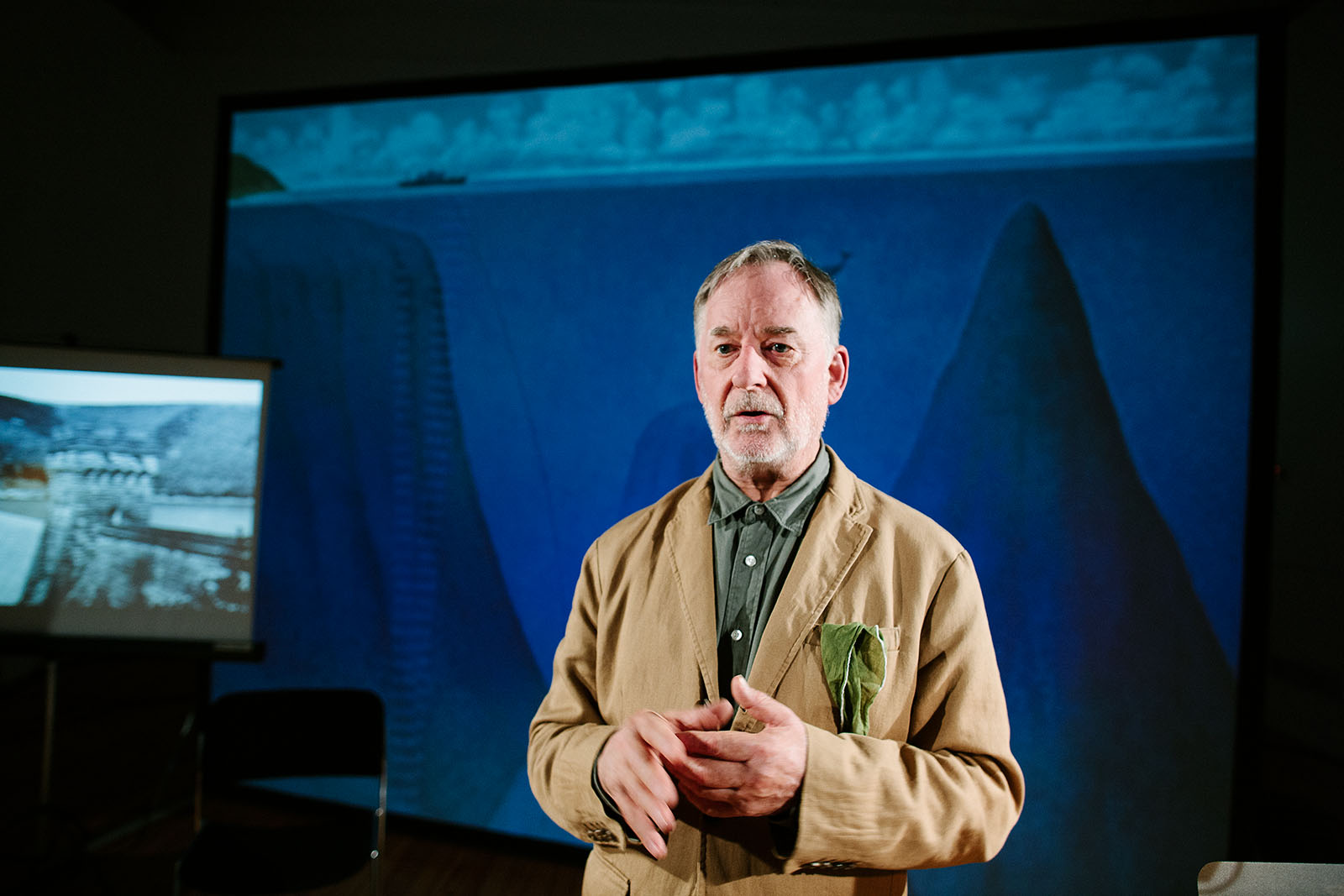 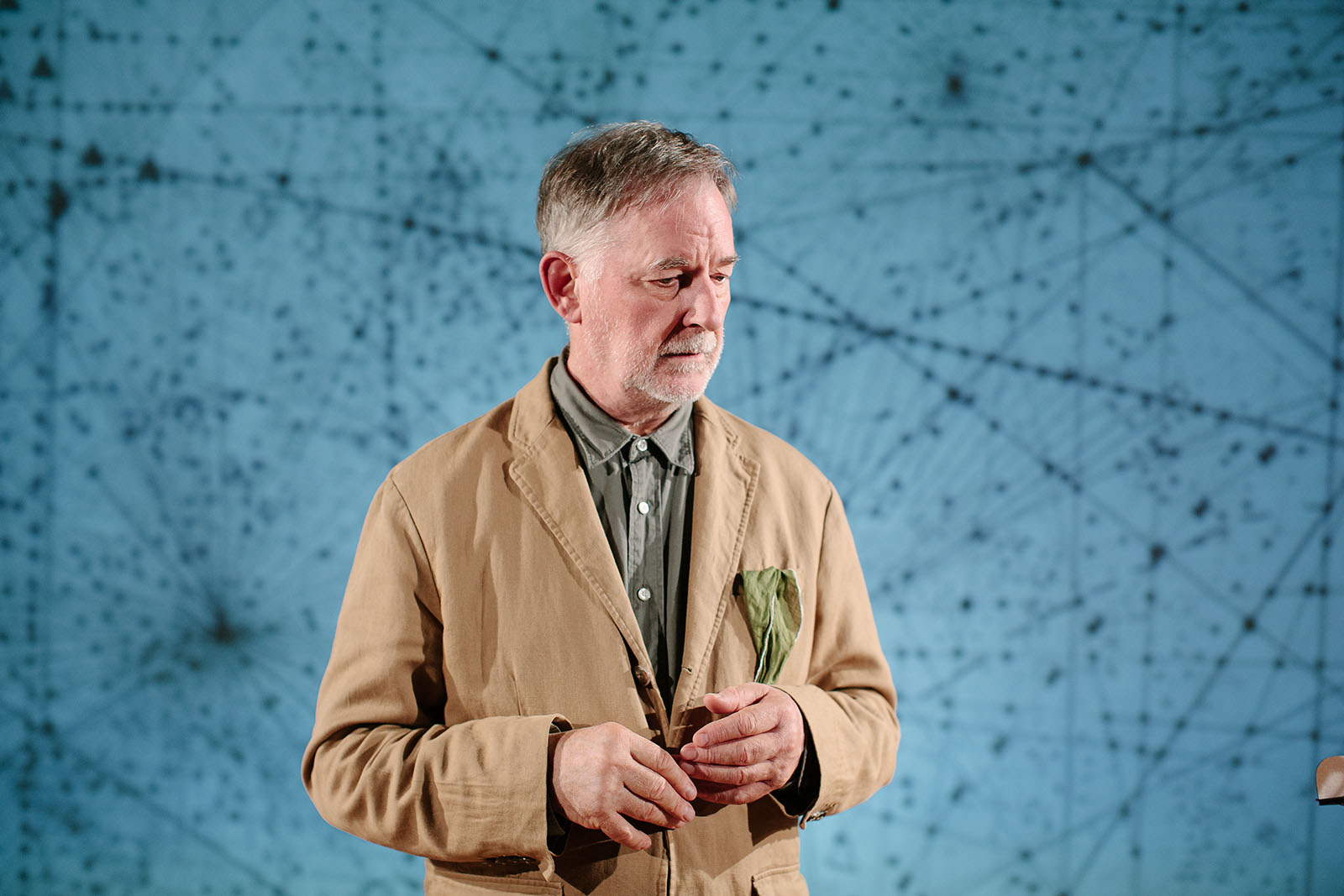 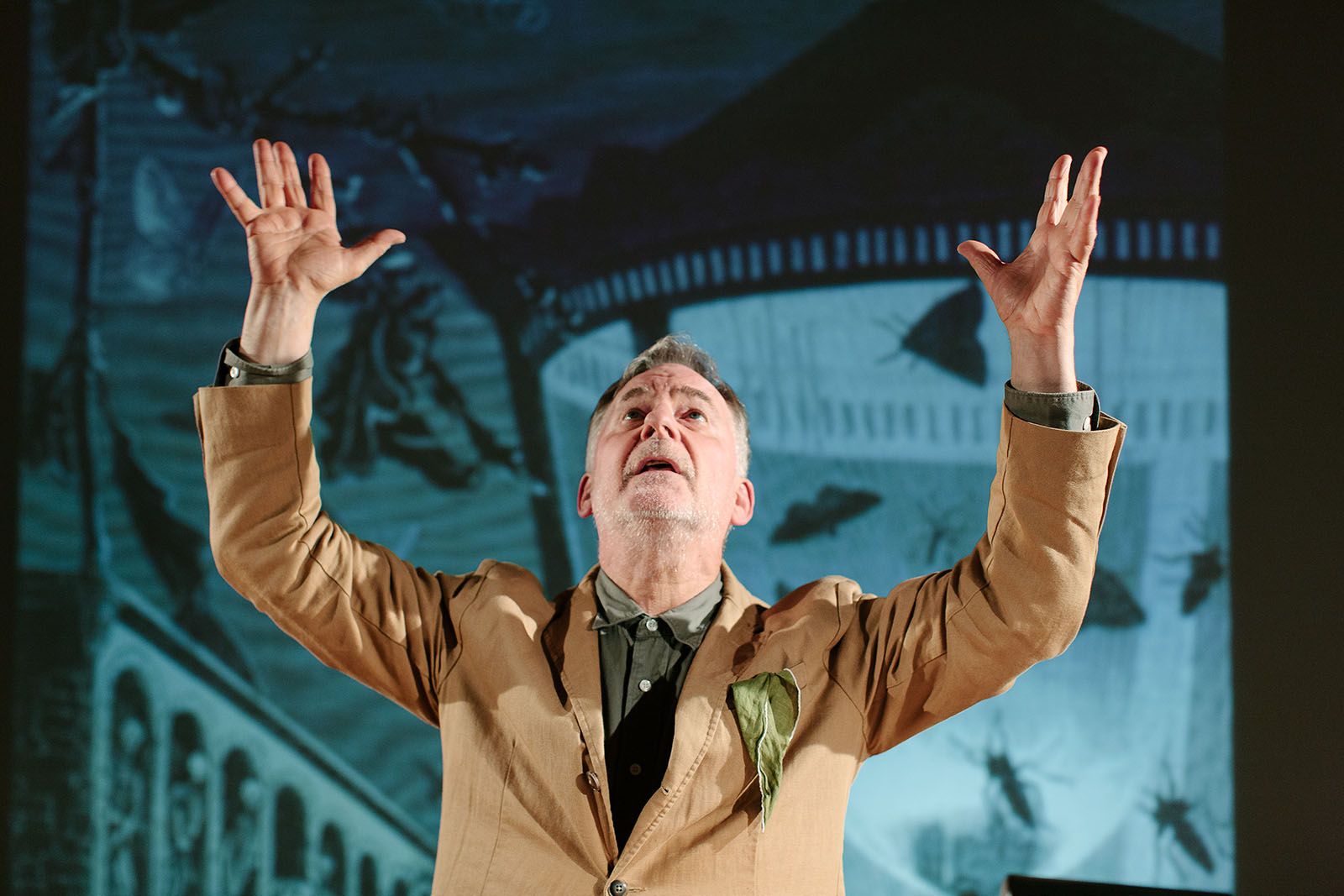 Ian Cameron (performer) originally trained as a visual artist in London before training in classical mime with Desmond Jones, and also studying with such teachers as Jacques Lecoq, Phillipe Gaulier and Pierre Byland. He has been a founder member of three theatre companies, and is currently joint artistic director with Tim Licata of the company Plutôt La Vie, most recently directing its production La Tragedie Comique. He has performed with English National Opera, the Royal National Theatre (commissioned work), and as a puppeteer with the Montreal puppet company Theatre Sans Fil. As actor and collaborator with Catherine Wheels Theatre in the multi-award winning production White, he has toured internationally since 2012, including Broadway, Los Angeles, the Sydney Opera House, and most recently Taiwan. He has jointly won various awards including Fringe Firsts and Total Theatre Awards. For the past fourteen years he has worked as a part time theatre practitioner with Hearts & Minds, as a Clowndoctor.

Sans façon (designers) is artist and architect duo Tristan Surtees and Charles Blanc.  They explore the relationship between people and places through site-specific projects, which range from ephemeral performances and permanent pieces in public spaces, to developing and implementing strategies involving artists in the rethinking and re-qualification of specific places.  Current projects include: Watershed+, a city-wide program for the City of Calgary to renew the relationship between citizens and watershed where artists and artistic practices are embedded within the City’s core activities, participating as members on infrastructure design teams, contributing to project design, development of events, community education and communication; Laycock Park, part of the design team for an urban park in Calgary, including temporary and permanent interventions; Limelight: Saturday Night, an international light installation and video work exploring the potential of public spaces by expanding the role of urban lighting, replacing street lighting with theatre follow spots in ten cities; Urban Orchard, design and implementation of a public space for Worcester University City Campus.  Previous work with Magnetic North includes Walden and Wild Life. Website http://sansfacon.co.uk/

"A carefully constructed dramatic affirmation of the transcendental power of putting one foot in front of the other"
The Herald
"Moving exploration of solitude, freedom and power"
The List
"Refreshing and thought provoking"
TVBomb
"The text is a rich tapestry, beautifully woven and with quiet points of resonance"
The Scotsman
"Special and intriguing"
Fringe Guru
"A chance to quieten the mind and consider the proposition that sharing the life of another human being may consist in wandering through otherwise overlooked detail and irregular but infinitely rich pathways"
Total Theatre
ALL PRODUCTIONS
Sign up for our newsletter
Add yourself to our mailing list to receive the latest news and information from Magnetic North.
Sign Up Now