by Rob Drummond and Nicholas Bone

Two atheist sons of clergymen are on a quest to find out how to disagree with someone you love.

Our Fathers is a new play inspired by Father and Son, Edmund Gosse’s Victorian memoir about growing up in an evangelical Christian family.  The book charts the gulf which emerged between book-loving Edmund and his father - a preacher and renowned scientist - as Edmund realised he couldn’t share his father’s beliefs.

When his own clergyman father suggested he should read the book, Nicholas Bone assumed it would reveal something about their relationship. Rob Drummond, another son of a clergyman, is also looking for answers to a big question of his own.

Our Fathers premiered at the Traverse Theatre on 21st October 2017 and played there for a week. It subsequently toured to Glasgow, Inverness, Banchory, Aberdeen, Greenock, Easterhouse, St Andrews and Peebles. 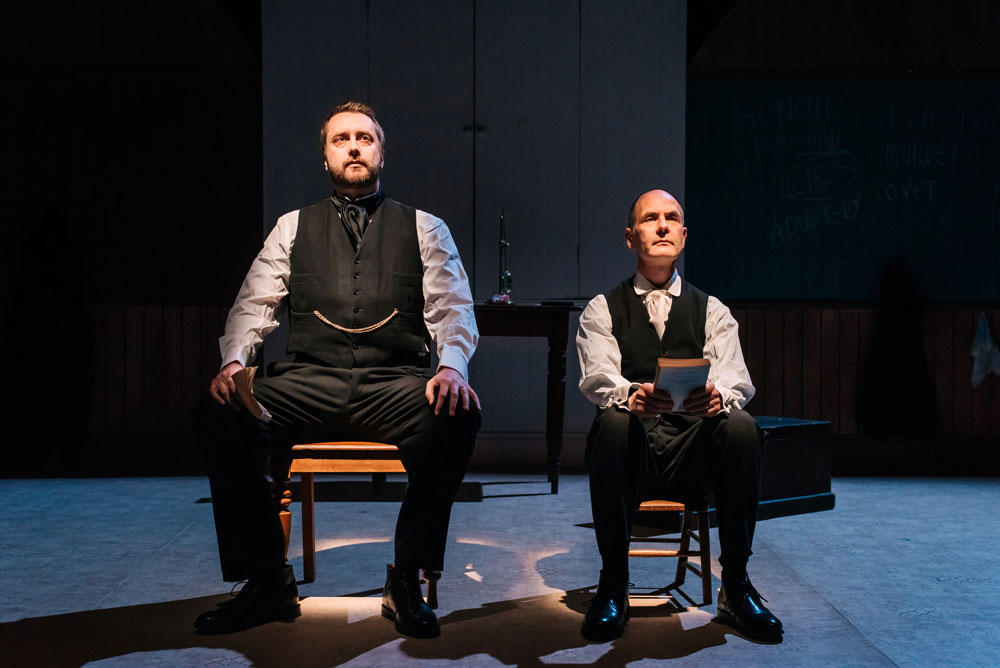 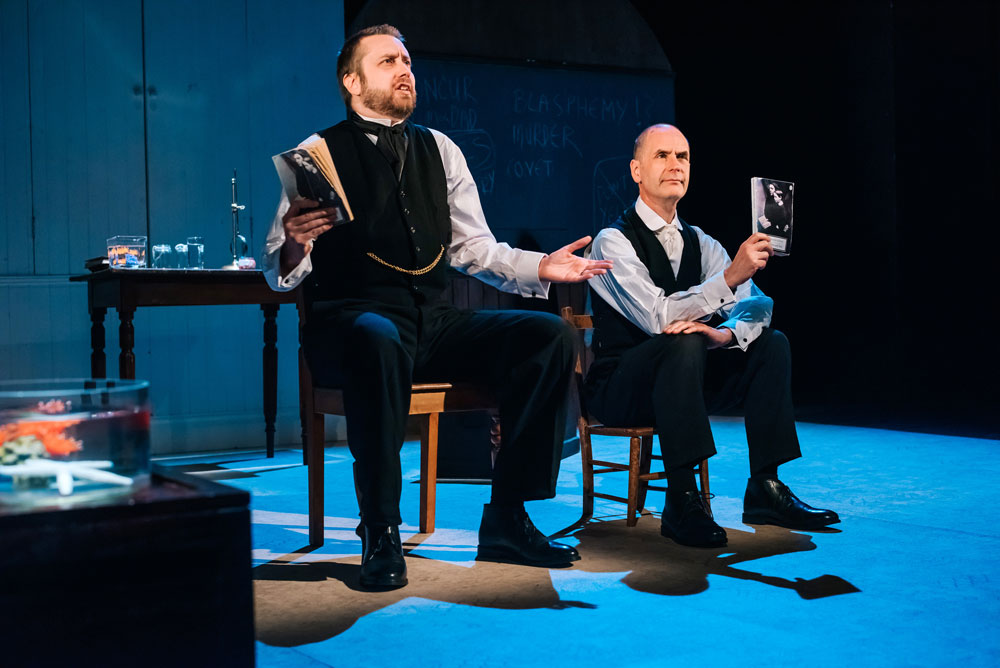 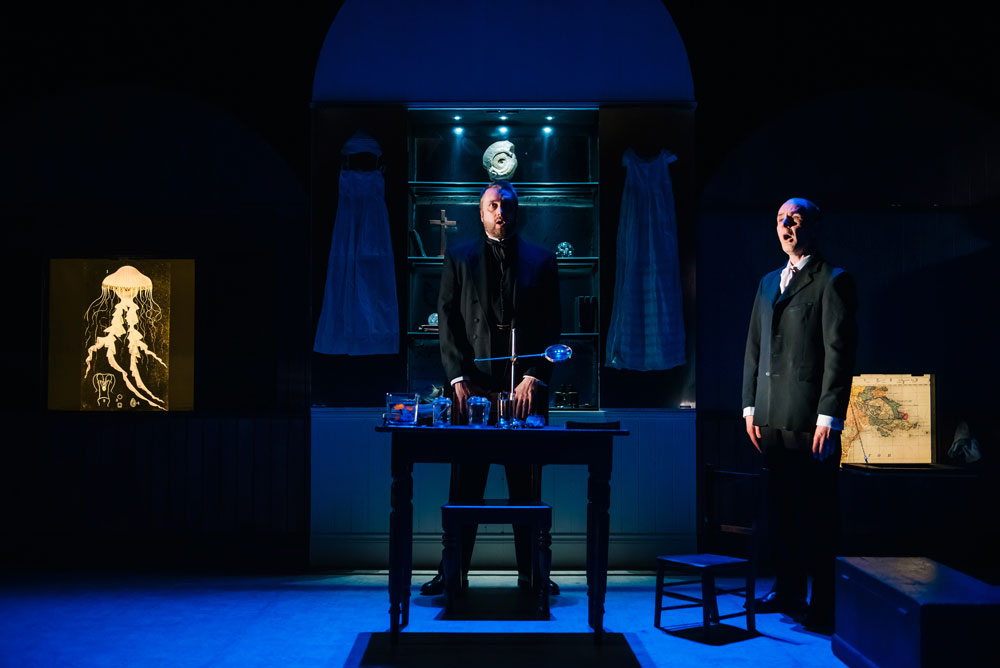 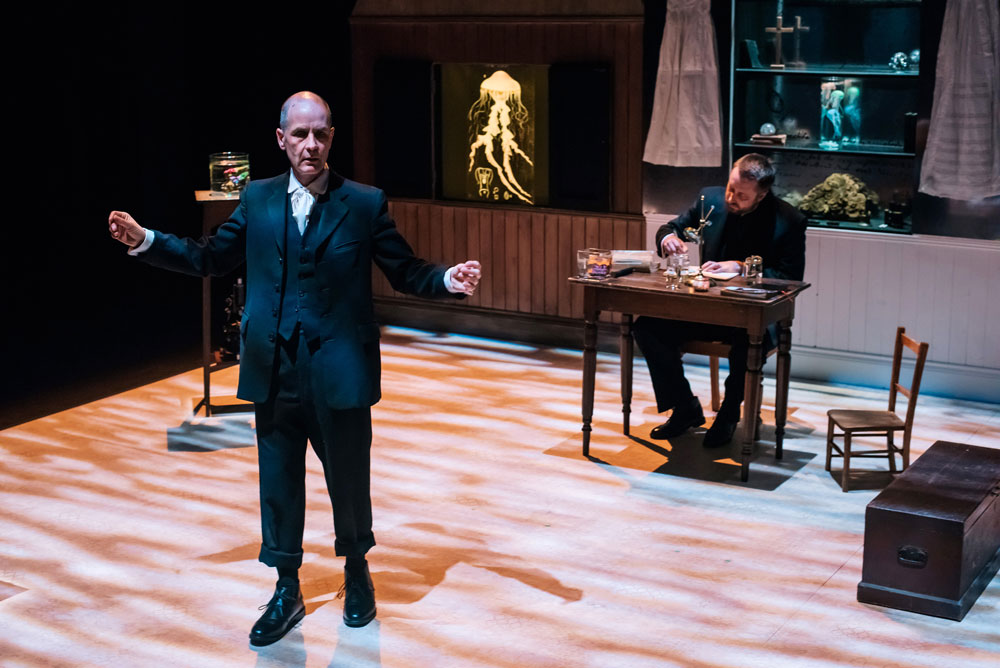 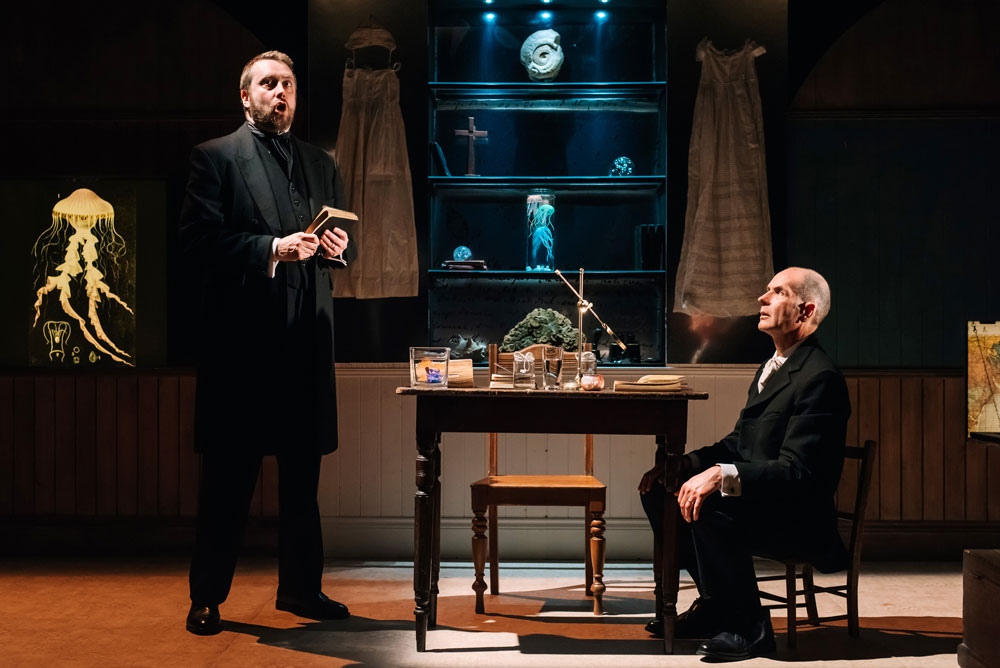 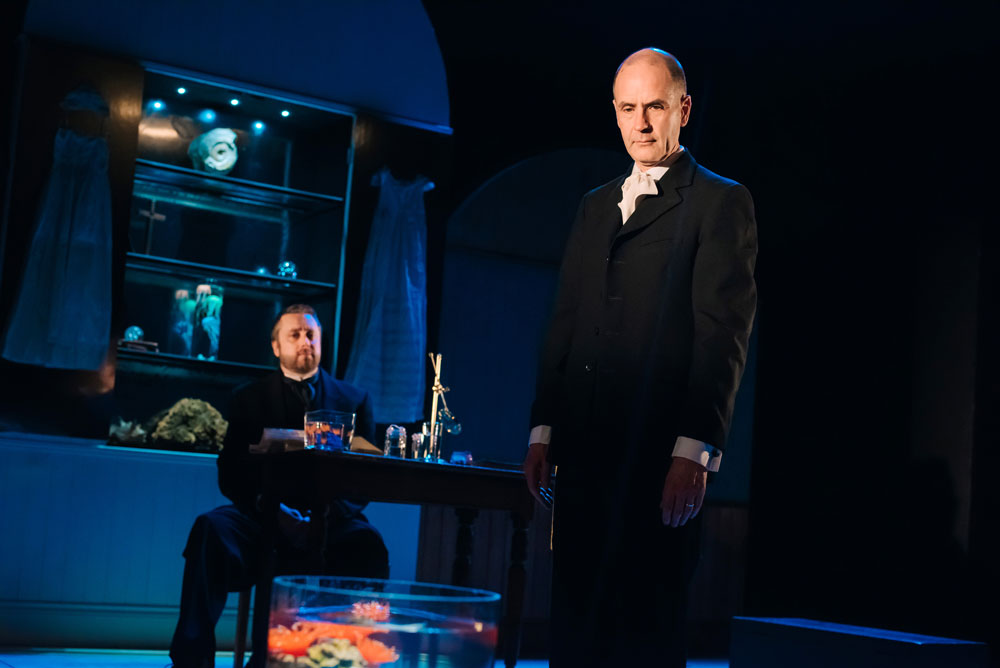 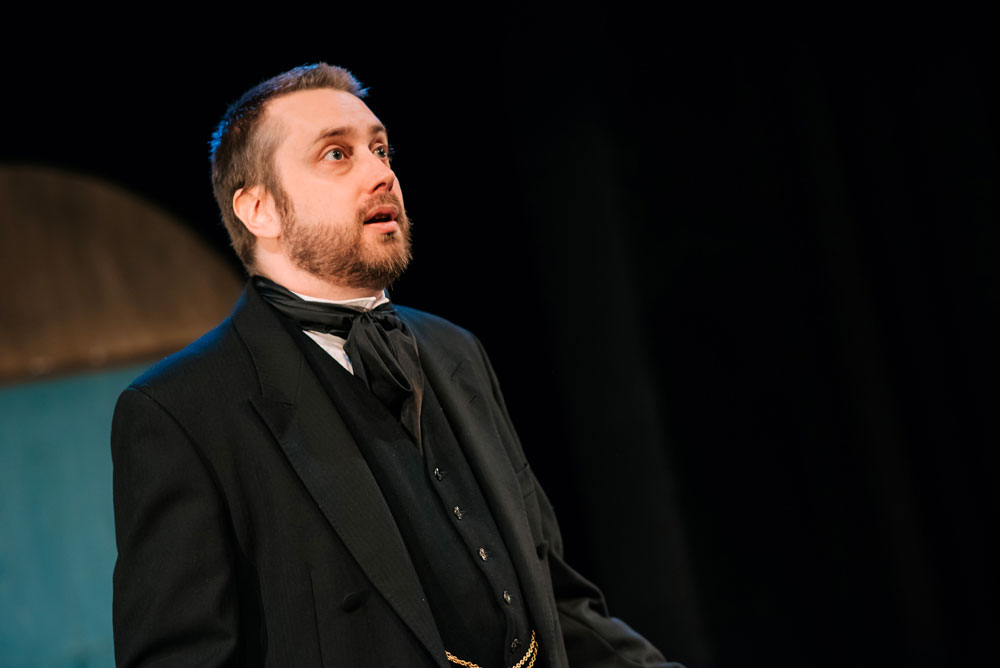 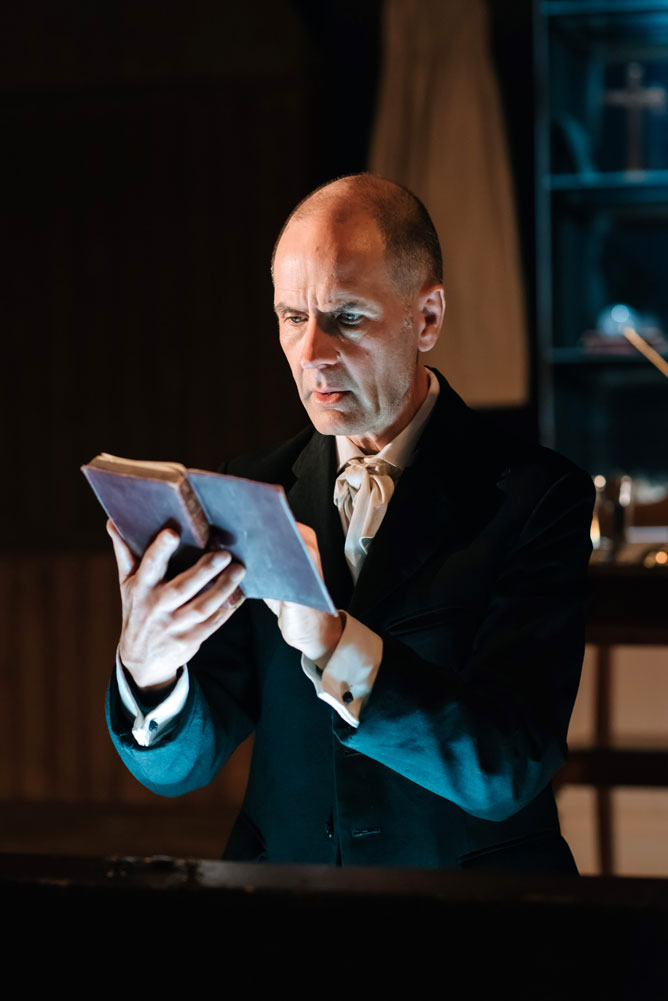 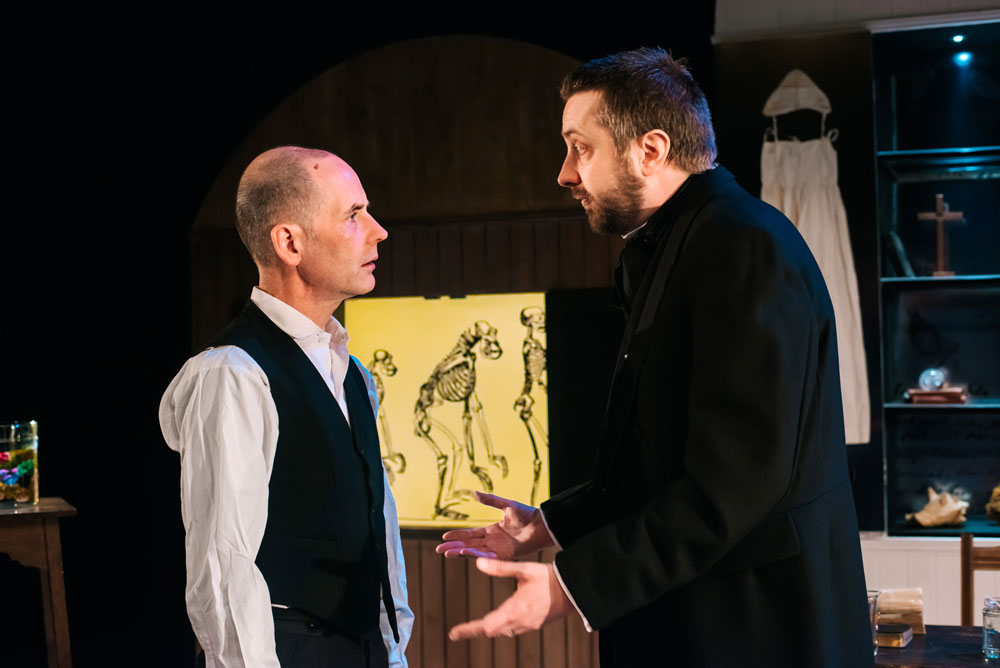 "a dramatic prayer that honours where both men have come from even as eternal questions remain."
The Herald
"a fascinating 75-minute meditation that powerfully exposes two profound paradoxes about our complicated relationship with faith."
The Scotsman
"Switching smoothly between child-like humour and adult grief."
The List
"The double act offers much to ponder...not least the question of whether it is possible for a non-believer to engage in a deep relationship with a person of faith."
The Times
ALL PRODUCTIONS
Sign up for our newsletter
Add yourself to our mailing list to receive the latest news and information from Magnetic North.
Sign Up Now